Boileau In The Media

Episode 2
Women On Boards and In Senior Executive Roles

We are pleased share a documentary with you that our very own Angelique Boileau has been featured in ‘Transcending The Gender Narrative’ created by Amelia Veale.

The 8 part documentary series investigates how to transcend our current gender narrative. Through interviews with women in typically male dominated industries or roles, they look at how to move past previously existing gender stereotypes. In each episode, they also interview the male counterparts who support and champion women in these positions.

Angelique features in Episode Two, which can be viewed via the link below. 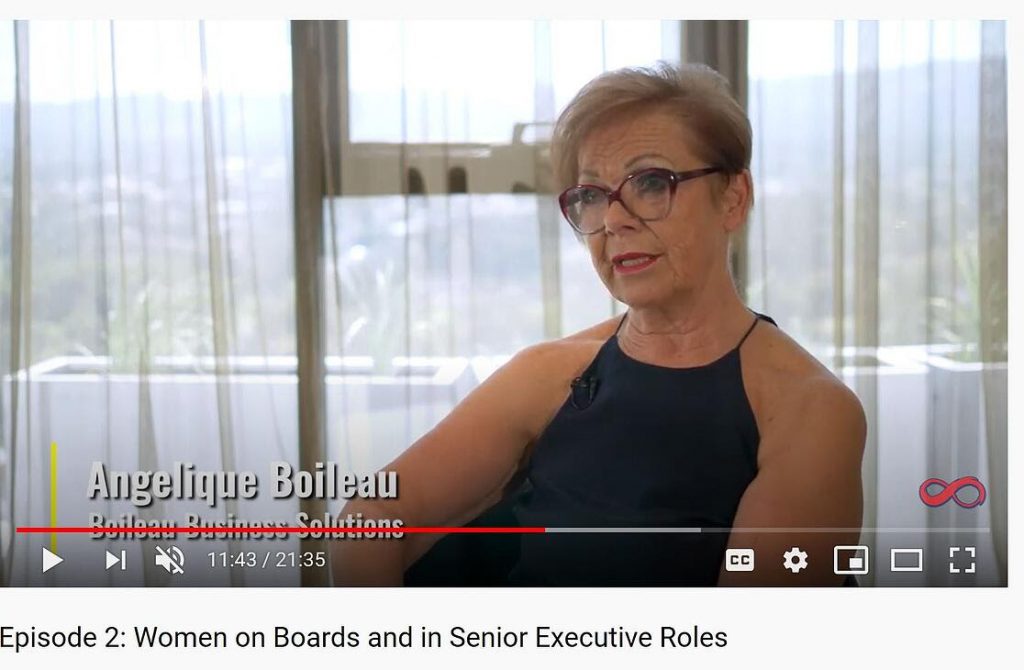